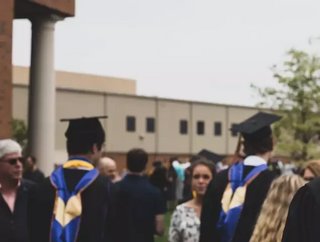 HEC Paris has been named the best business school in Europe for a third consecutive year in the 2021 Financial Times European Business Schools Ranking, coinciding with the school’s 140th birthday.

In particular, the school’s globally recognised EMBA (Executive MBA) and Master’s programmes have helped it secure the number one position, with its EMBA crowned the best in Europe.

The school’s MBA programme has also been named number one in Europe and the fourth-best worldwide in the 2022 QS Global MBA Rankings, which analysed 286 MBA programmes across 45 countries.

The HEC Paris MBA topped the chart for its return on investment, and also stood out for its excellence in employability among some of the world’s best companies, including McKinsey, Google, Siemens and Airbus, and in thought leadership.

Among HEC Paris’ alumni hall of fame are Francois Hollande, the former president of the French Republic, as well as Francois-Henri Pinault and Jean-Dominique Senard, the CEOs of Kering and Michelin, respectively. Other current and former business leaders who graduated in business from HEC Paris include Stephane Richard, CEO of Orange; Pascal Soriot, CEO of AstraZeneca; as well as the former CEOs of L’Oreal, AXA, Danone, and BNP Paribas.

The FT ranking highlights the geographical distribution of leading business schools around Europe. Of the 95 schools ranked by the FT, 22 are from France, 19 from the UK and six from Germany, the largest economy in Europe. Russia now has three business schools in the rankings, Turkey has two and Poland, Hungary, the Czech Republic and Slovenia each have one.

However, it is France that dominates the rankings. HEC Paris, Instead and Essec are all in the top tier of eight leading institutions, while a further seven, led by Edhec, ESCP and EMLyon, secured second spots in the second band of schools ranked ninth to 46th.

While data from the FT report shows a decline in average class size of both MBA and Executive MBA programmes across all European business schools in 2020 and 2021, HEC Paris reports an increase of MBA students from the US and Canada, with 21% of its September 2021 MBA intake from North America, up from an average of 10-11%.

The fact that European MBAs are considerably more affordable than most US- based equivalents could be one reason for the shift. Many are also shorter in duration with the HEC Paris MBA coming in at 16 months, compared to the usual 24 months in US business schools.

Take INSEAD Business School’s pioneering one-year program, which became the standard model for European schools. It costs approximately US$106,000 for the year, while tuition for full-time two-year MBA students at Stanford comes in at around US$150,000.

These aren’t the only advantages. European business schools are also more global in nature than those in the US, and attract students who want a truly international experience with their education, or professionals planning to work in Europe after their studies. And as such, they are known for delivering rich student diversity.

A further reason why Americans are leaning to Europe is that European business schools dominate globally in the offer of Masters of Management (MiM) programmes. In fact, these courses were pioneered by the Europeans and are increasingly becoming seen as a more affordable alternative to traditional MBAs.