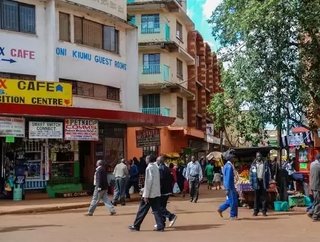 Lee Kinyanjui, the Governor of Nakuru county in Kenya, has increased his public push for the Nukuru town to be elevated to city status.

In a bid to gain this status, the Governor has revealed ambitious infrastructure plans for the current town.

During an interview, Mr Kinyanjui announced that the local county government was in the process of constituting a Municipal Board to ensure the infrastructure projects.

“My administration will set aside Sh 1.8 billion to revamp the road network within the town and to other parts of the County,” commented Nakuru’s Governor.

“The town will also receive a major renovation. The aim is to make Nakuru town match the status of a city.”

The current issues the town is facing before it can receive its new title include town planning and garbage disposal.

Nakuru has already signed a contractor for the renovation of its road network, with the projecr already underway.

The specific roads targeted include those that’s erve Menengai and Milimani estates, the ones accessing Nakuru GK Prison, London estate, and part of the western areas.

The town is also working on a water supply rehabilitation project, costing Sh250mn.

Recently, a new bill was proposed in Kenya that would alter the required population size of a city, meaning that more Kenyan towns would gain city status.