How FX can transform FS for the financially underserved 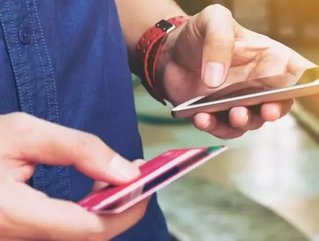 According to Global Findex research, approximately 1.7 billion adults are unbanked. That means no account at a bank, other financial institution or mobile money provider. What most industry experts can agree on is that there is little point in now attempting to build bank branches throughout heavily unbanked regions that sit primarily within emerging, developing and frontier markets. Instead, we are at a unique point where we are able to bring new solutions to the financially excluded, rather than attempting to implement dated financial infrastructure which developed markets have already moved on from. In short, instead of continuing to let emerging markets play catch up, we can invest in their futures.

One of the major obstacles in these markets is the ability to move money in and, once it’s in, around the country. This is where reliable and efficient foreign exchange (FX) can make an enormous difference; it’s a process we take for granted when heading on holiday, but its absence can have a detrimental impact in markets that have a dependence on cash and low liquidity.

The most pertinent examples occur in times of crisis. When natural disasters hit and global attention turns to otherwise overlooked regions, simple logistical issues can mean the difference between getting life-saving supplies to those affected or having funds stuck by red tape.

Being able to quickly convert established currencies such as USD, EUR and GBP into exotic currencies means that financial aid can actually reach the desired NGOs and charities and, in turn, the final beneficiaries to help provide water, food and medicine. Delays can be fatal and ensuring the cheapest and fastest conversion is essential. The Ebola crisis in West Africa was just one example of where Crown Agents Bank’s experience and expertise allowed the on-the-ground charities to overcome seemingly insurmountable obstacles to not only contain the outbreak but bring it to its conclusion.

All the world’s a stage (when you can access it)

The forex market is the largest market in the world and there are currently 180 currencies recognised by the UN. Yet, the top ten most traded currencies are involved in nearly 90% of trades, according to the Bank of International Settlements. It’s hard to overstate the importance of access to these currencies in order to play in the global market.

Central banks in emerging and frontier markets in particular can suffer without the ability to move money out of the country when their currency isn’t readily traded with the top ten. Being excluded from international markets is destructive to a country’s economy and stunts the opportunity to grow. Financial inclusion isn’t just about access to a smartphone; it’s about the opportunity to deal in a global context and be recognised on the world stage.

Even when timing is less vital, the ability to move money into underserved territories is important. Sub-Saharan Africa is one of the fastest-growing investment areas for fintech firms over the last year to eighteen months, with investment in African fintech nearly quadrupling to $357M. However, if VCs and other investors can’t translate that $357M into local currencies, this investment becomes a lot more difficult.

Countries like Kenya and Nigeria are looking to this external international investment to support the growth of their economies and fintech hubs, in-keeping with the rest of the world. In order to become an international player, they need to be able to deal in a global currency.

Looking to the future

The fantastic news is that technology offers new solutions to issues that have been around for generations, such as war-torn environments and natural disasters. But financial services (FS) need to work with the latest technology to identify how to best serve populations that - put simply - they are not used to. For example, Crown Agents Bank is a 185-year-old financial institution that recently acquired a fintech startup based in New York that focuses on frontier market payments; contrary to popular belief, the financial services industry can and is changing. The rate that fintech investment is growing in underserved African, Latin American and Asian markets is good news for future generations; however, providing solutions today is still crucial.

FS needs to accommodate non-traditional infrastructure in order to achieve financial inclusion. Smartphone penetration is far more scalable than branches and the potential to reach and serve those previously cut off from all but cash is phenomenal.

The logistical issues don’t end with a bank account. Liquidity and capital flow are still often real problems for markets with high volumes of unbanked people, and so transactions like FX can be fundamental for enabling day-to-day payments. Ensuring that cross-border transactions for both individuals and large institutions stay time- and cost-efficient can be just as important as enabling access to these services in the first place.

The fintech industry across the world needs to rise up to the challenges posed by these markets. We’re in an extraordinarily exciting time for financial inclusion as new technology is connecting more people and countries than ever before, and I’m so excited to see what the next five to ten years hold.

For more information on business topics in the Middle East and Africa, please take a look at the latest edition of Business Chief Africa.