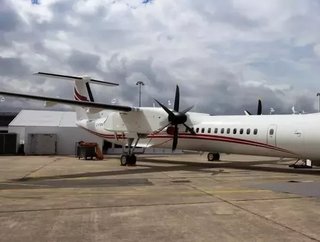 The firm want to purchase four Bombardier Q400 planes over the next 18 months to aid its regional and local expansion.

The CEO of Jambojet, Willem Hondius, made the announcement in Uganda’s Entebbe International Airport on 15 February, during the launch of its maiden international flight.

Hondius addressed the company’s plans for expansion, for which the Kenyan government has applied for rights for the carrier to fly to Rwanda, Ehtiopia, Sudan, Congo, Tanzania, and Burundi.

“The applications were made in October last year and we are hopeful that by the end of the year we shall have started flights to at least two of these countries,” he noted.

“To expand, we need to increase our capacity. We shall therefore get four more aircraft by early next year, increasing our fleet size to eight.”

In order to receive the planes the company has two options, due to a lack of sufficient cash – Jambojet could take out a financing lease of Sh10bn (US$100mn), or an operational lease.

In May 2016, the Kenyan Airways subsidiary was granted permission to fly on 16 routes, including journeys to Entebbe, Addis Aba, Dar es Salaam, Zanzibar, Kilimanjaro, Mwanza, Kigali, Juba, and Bujumbura.