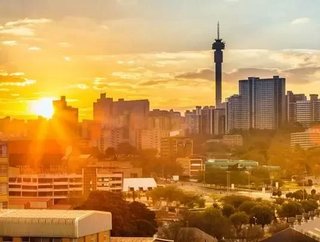 Johannesburg is the largest and fastest-growing city in South Africa, with its 500 plus suburbs stretching as far as 1,100 sq km and an average growth rate of 2.1% per year. Its population is 2.42mn making it the 126th most populous city in the world. It holds about 5% of South Africa’s total population. Johannesburg is also the legislative capital of Gauteng Province.

The city is one of the key contributors to the Gauteng and South African economies. Its economic growth rate is higher than provincial and national levels, but growth predictions have dropped in recent years due to high youth unemployment. The “ease of doing business” in Johannesburg has been measured as 39th in the world and 2nd in Africa by the World Bank. The city is referred to as the “economic powerhouse” of Africa and has more than one CBD, with Sandton, Rosebank and Roodepoort centres for commerce in addition to the central district.

Mining in the city of gold

The Chamber of Mines is an employers’ organisation to serve those who work in the industry by promoting their interests. Formed in the 1800s, the organisation wants to “reposition the South African mining sector as South-Africa’s foremost industrial sector”. The Chamber is a member association of the International Council on Mining and Metals and has teams dealing with economics, employment relations, safety and sustainability, health, education, legal issues, environmental issues and public affairs. The Chamber represents companies producing around 90% in value of South Africa’s mineral production.

The mining sector contributed $1.33bn to the South African economy in 2014 and employs roughly 495,568 people.

Johannesburg is also home to 10-12,000 street traders whose operations in the CBD bring in about 50mn rand in combined annual revenue.

It is a major retail centre in southern Africa with people travelling from all over the region to shop there. The city is home to no less than 20 large shopping malls including the Carlton Centre, the Small Street Mall and the Hyde Park Mall. Added to that, street vendors, galleries, theatres and flea markets make it a popular destination for purchasing crafts, from jewellery and wood carvings to fertility dolls.

Recently Dr Tanya Zack spoke to fin24.com about the potential for the city to grow even farther in the retail sector. According to Dr. Zack, the city is a hive for “low-end globalised trade” in cheap clothing, shoes and the like. A survey found that around $793mn was spent every year in Johannesburg’s CBD by cross-border shoppers, around the 53 city blocks with more than 300 shops which make up the central district. Around 70% of total shoppers were cross-border, and spent an average of $1061 on a trip including about $258 on services like transport.

According to Zack, this shows “untapped potential” for the city as the increased demand for services and products as well as infrastructure will lead to investment and create jobs.

Standard Bank Group is the largest African banking group buy assets. As of year-ending 2016, it holds total assets of $143bn and employs 54,000 people. It has been around for over 150 years and was listed on the JSE in 1970. The bank operates in 20 countries across Africa and works across three areas: personal and business banking, corporate and investment banking, and liberty – its insurance segment.
Sasol

Sasol is an international integrated chemicals and energy company which works across 33 countries employing 30,300 people. The company has a 63-year history and was listed on the JSE in 1979. Its main units include mining, exploration and production. It operates six coal mines and offers fuel for domestic and industrial use, lubricant, greases and automotive fuels.

MTN is a mobile operator which offers services to consumers and businesses. It became incorporated in 1994 and employs over 25,000 people. It also offers digital services like e-payment and apps, including MTN Football, MTN Music and MTN Play. The company has a revenue currently of $9.8bn.