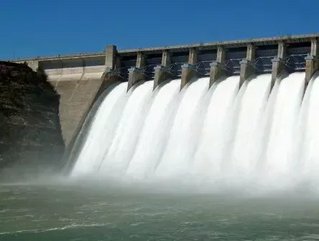 Bumbuna Phase II will add an additional 202 megawatts to the existing 50 megawatts at Bumbuna HEP.

Endeavor Energy, which received an initial commitment from Denham’s $3 billion Fund VI in June, has agreed to fund the remaining development costs for the project and will invest up to 75 percent of the equity at financial close (estimated $150m).

Joule Africa has completed the feasibility study for the development of the second phase of Bumbuna and, the parties are now ready to launch the Engineering, Procurement and Construction (EPC) tender.

A shortlist representing some of the most respected EPC firms from across five continents has been selected.

Lenders to the project will likely include the African Development Bank, IFC and Emerging Markets Infrastructure Fund along with a club of European development finance institutions.

Sean Long, Chief Executive Officer (CEO) of Endeavor Energy said: “We are pleased to have teamed up with Joule Africa and the Government of Sierra Leone to jointly complete the expansion of the Bumbuna Phase II in a public private partnership.

“We are also delighted by the work Joule Africa has done thus far on the project with the Government of Sierra Leone and welcome the opportunity to help complete the project in order to provide much needed low cost power generation to the citizens of Sierra Leone.”

Andrew Cavaghan, CEO of Joule Africa, said: “Today’s announcement follows two years of hard work as we jointly structured this important and essential expansion to the Bumbuna HEP with the Government of Sierra Leone.

“We are very much looking forward to moving this project forward with Endeavor Energy, and are confident in the level of support from the international financing community.

“We are also delighted by the short list of EPC contractors to which we will be launching, as this project promises to be a landmark development for Sierra Leone and the sub region.”

Honorable Oluniyi Robbin-Coker, Minister of Energy, said: “We are delighted by the progress made by Joule Africa and the manner in which they have engaged in the issues of concern to the Government of Sierra Leone.

“We are hopeful that this important project will be developed to the highest international standards, delivering a timely expansion to the current installed energy generation capacity in Sierra Leone.”