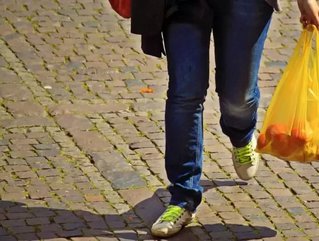 Kenya’s High Court will today rule on whether the ban on the use, manufacture and importation of plastic carrier bags which is meant to take effect on Monday, 28 August should be suspended.

The petition which was filed on 13 July by importers, wholesalers and retailers of plastic bags seeks to have the ban quashed.

The Kenya Association of Manufacturer's (KAM) Sector Manager Samwel Matonda clarified that they are not opposed to the ban of the plastic carrier bags but rather how it was done.

"Public participation is what we have an issue with. We are not opposed to a clean environment but this ban should have been implemented after thorough consultations," he said.

The need for more time to adjust to the ban has been cited by many. The government gave six months’ notice from February 28 when it gazetted the ban.

World Plastic Company proprietor Peter Burugu urged the government to give them time to sell their stock and service their loans.

“We have employed a lot of people who rely on this work to feed their families. We also acquire huge loans so we can purchase machines to produce polythene bags and we have not cleared them,” he said.

The global economy is losing over US$120bn through single use plastics. The annual production of 300mn metric tonnes of plastic with approximately 13mn metric tonnes ending up in water bodies could see the extinction of 600 marine species.

"The government will incentivise industries, women and youth groups to produce eco-friendly alternatives to plastic carrier bags that are an eyesore to the environment," Judi Wakhungu, Cabinet Secretary for Environment said.

“My ministry takes the issue of waste management seriously.”

Whatever the High Court rules today, there will be frustration on both sides of the debate.