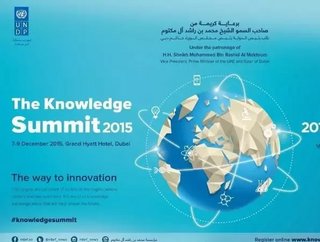 The Knowledge Summit 2015 has opened this week at the Grand Hyatt Hotel in Dubai.

The event is organised by the Mohammed bin Rashid Al Maktoum Foundation (MBRF). MD Jamal bin Huwaireb said: "This year the Knowledge Summit is being organised under the theme The Way to Innovation in line with the directives of President His Highness Sheikh Khalifa bin Zayed Al Nahyan to mark the year 2015 as the Year of Innovation. The event is a unique opportunity that brings together influencers, experts and stakeholders in the knowledge domain to discuss ways to employ innovation in the dissemination and transfer of knowledge in fields such as education, scientific research and information technology."

In addition to the main session and panel discussions, the Knowledge Summit 2015 will witness the announcement of the winner of the Sheikh Mohammed Bin Rashid Al Maktoum Knowledge Award, which honours a person or institution at the international level for their contributions in the dissemination, transfer and localisation of knowledge. The award is aimed at encouraging initiatives and programmes to support the effective use of knowledge to achieve sustainable development and prosperity of peoples around the world.