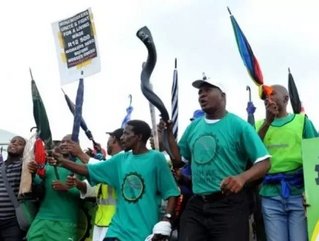 Lonmin has distanced itself from staff retrenchment rumours over the past week with the CEO announcing that the company plans to ramp up production in the aftermath of the AMCU strike.

The longest and costliest strike in South African history took its toll not only on Lonmin, but also on its larger competitors, Anglo American Platinum and Impala Platinum who have both indicated that a restructuring will need to take place to offset recent months’ losses.

Chief Executive, Ben Magara’s defiant announcement comes after numerous stories broke suggesting that the world’s third largest platinum producer would be shutting as many as six of its 11 shafts, culminating in 5,700 jobs being lost in the process.

The immediate response to the story caused further potential unrest among the Association of Mineworkers and Construction Union whose members had downed tools in the past in the midst of planned lay-offs.

Magara was eager to douse the fires among his 27,000-strong workforce announcing that “there are no plans like that. Our priority is to ramp up production”.

Despite the statement, experts from within the sector are still left scratching their heads at how Lonmin will be able to restructure the losses made as a consequence over the strikes, especially considering the increased wages that were agreed to coerce people back into work at the time.