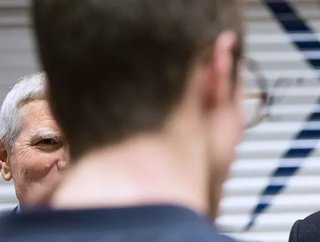 According to Forbes, Arnault’s estimated net worth stands at US$186.3bn, which pushes him past Bezos (US$186bn) and Tesla founder Elon Musk (US$147bn).

The French fashion tycoon saw his luxury goods firm stock increase by 0.4% during the first hours of trading on Monday which pushed his own stake up by more than US$600m.

Arnault’s fortune has jumped from just US$76bn in March 2020 and is both in line with the continued soaring sales of LVMH brands and with the conglomerate’s acquisition of Tiffany & Co. in January.

The parent company behind a collection of 70 luxury brands, including Louis Vuitton, Dior, Moet, Hennessy, and now Tiffany, LVMH has seen its sales soar especially in Asia and America and in recent months, with its stock price soaring simultaneously.

In fact, LVMH hit record sales in the first quarter of 2021, with its Fashion & Leather Goods division revenue surpassing US$bn and sales of its watches and jewellery products witnessing a 35% jump in sales compared to the same period last year. LVMH’s market value has nearly doubled from US$194bn last year to US$380bn in 2021 and its assets exceed US$130bn.

Hermes posted sales above pre-pandemic level, while “Christian Dior enjoyed an excellent start to the year” and “Louis Vuitton, driven by its strong creativity, enjoyed a remarkable performance”, according to a statement. This strong performance ins ales is mainly down to Asia and America.

And in January 2021, LVMH closed its acquisition of iconic jewellery brand Tiffany & Co., for US$15.8m, which is reported to be the biggest luxury brand acquisition ever. The following month, the company announced a partnership with rapper and businessman Jay-Z to buy 50% of his Armand de Brignac champagne brand for US$300m.

Arnault is the only person in the top 10 richest to not have a significant investment in tech, with the top 10 richest list counting among them founders and CEOs of tech giants, from Microsoft, Amazon and Tesla, to Facebook, Google and Oracle.

That said, LVMH’s latest move is blockchain with the luxury giant announcing in April that was collaborating with Richemont’s Cartier and Prada SpA to offer a blockchain solution that will ensure authenticity of its products and thereby prevent counterfeit purchases for online customers with an encrypted certificate of guarantee.

How did Arnault get there?

LVMH is a conglomerate with more than 70 leading global brands under its luxurious belt. The company has been run by Frenchman Bernard Arnault, following the merger of the luxury goods producer with Champagne producer Moet & Chandon and cognac manufacturer Hennessy.

Beginning his professional career as an engineer, Arnault held various executive positions of construction company Ferret-Savinel before becoming Chairman in 1978. In 1984, he undertook the reorganisation of the Financiere Agache holding company, returning it to profitability and embarking upon a strategy of developing the world’s leading luxury products company. As part of this, he reinvigoriated Christian Dior as the cornerstone of the new organisation.

He became the majority shareholder of LVMH Moet Hennessy – Louis Vuitton in 1989, creating the world’s leading luxury products group and been CEO and chairman since.