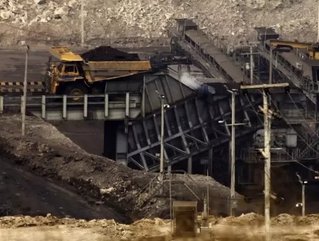 Mali plans to boost funding opportunities for its artisanal miners and to improve the policing of a sector that produces about a third of the country's gold exports, officials said at the start of a mining reform meeting.

Artisanal gold mining is plagued by frequent fatal accidents, smuggling and reports of child labour while environmental issues have also been caused by the lack of geographical restrictions on miners.

This all occurs despite Mali being the continent’s third largest gold miner, accounting for 30 percent of the 67.4 tonnes it exported in 2013.

Artisanal mining is on the rise in Mali as neighbours including Ghana, Senegal and Burkina Faso have imposed restrictions on the sector, driving more miners into Mali.

Speaking at the meeting, Abdoulaye Pona, president of Mali's chamber of mines, and mines minister, Boubou Cisse, said the government was negotiating with banks to give miners easier access to financing for equipment and newly formed cooperatives would be supervised and revenues distributed equitably.

"With this system, the miners will no longer continue to dig holes from right to left, here and there. Mining will be done in selected corridors and at the end of the activities we will close the holes to restore the ecosystem," Pona said.

President Ibrahim Boubacar Keita, also at the meeting, called on miners to end the practice of child labour.

"We will not allow children into gold mining sites," he said, "We have to stop this."

At least 16 people were killed and eight injured when a shaft in an artisanal gold mine some 130 kilometres south of Mali's capital Bamako collapsed last week.