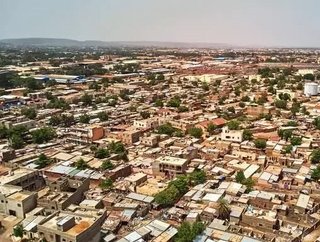 The Dubai-based DP World has confirmed it will build a logistics and shipping hub in the landlocked Mali.

The company will be responsible for the building and operation of the hub outside of the country’s capital city, Bamako – near the Dakar-Bamako rail line.

The firm signed a deal with the nation’s government, which includes a 20-year concession agreement.

The Mali Logistics Hub will span for 10sqkm, with construction to begin in 2019. It is anticipated that the project’s construction will take 18 months to complete.

DP World announced that the project is likely to receive an initial investment of US$50mn and will have a 300,000 twenty-foot equivalent units (TEUS) capacity.

“The Mali Logistics Hub will dramatically improve the cost and time of trade for Mali,” stated Moulaye Ahmed Boubacar, the Minister of Equipment and Transport in Mali.

“The project will provide us with a first-class logistics facility comparable to global standards and will be the largest in terms of capacity.”

“The Malian market is expected to grow over the next two decades and is driven by a robust economic and population growth," commented the CEO and Chairman of DP World, Sultan Ahmed Bin Sulayem.

"Thus, the Mali Logistics Hub is much needed and will provide the country with a logistics platform that aims to facilitate the import and export of goods via the Port of Dakar, which is operated by DP World."

“DP World’s investment will significantly cut processing times for goods and thus facilitate trade. We are committed to enabling trade in the region and helping local businesses and people prosper, and look forward to working together.”