Millennial women are powering business in the Middle East 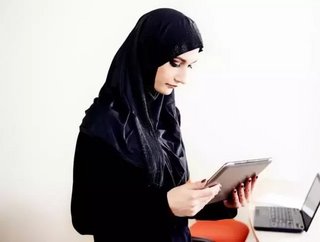 Female entrepreneurs in the Middle East are making huge strides in business, ahead of their western counterparts. A report compiled by HSBC showed that nearly half of Far East and Middle Eastern entrepreneurs are women and that they have different motivations in business compared to those in the Western world.

In the UK, France, and the US, almost half of all high-frequency business owners, those running seven or more, planned on selling up within five years. Conversely, when entrepreneurs from the Middle East and Asia were asked, only 31 percent had an exit goal, despite their businesses employing twice as many staff as Western companies. 64 percent of Chinese business people have no plans to sell their businesses, the HSBC Private Bank Report showed.

In the Middle East 63 percent of entrepreneurs are under 35 and 47 percent of those are female.

Nick Levitt, Head of Global Solutions Group at HSBC Private Bank, addressed the emerging parity factor in the gender balance in the new business world being pioneered by Generation Y. “50:50 by 2030” is one of the main goals of the International Women’s Day.

Levitt also said: “For the first time ever, we are seeing near gender equality in the next generation of millennial entrepreneurs. Women across the world are launching and operating new enterprises at an ever faster pace. This emergence reflects how women are forging ahead and succeeding in business.”

You can read the full Essence of Enterprise report here.