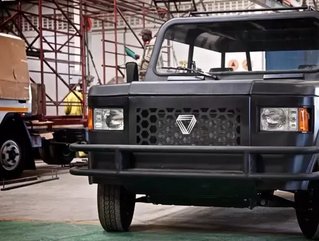 The car manufacturer that originates from Mombasa, Mobius Motors, have sold out of their latest generation of the Mobius Wednesday vehicle.

The second generation has exceeded targets, much like the first model – which is Africa’s cheapest car.

The company manufactured 50 units of the first generation which sold out, and so to meet demand the company doubled production and made 100 units for the second generation.

According to the automaker’s Commercial Director Markus Schroder, the vehicles have received interest from international markets, including Europe and the US.

“This first production run of the new Mobius II with an initial batch of 50 units is already over-subscribed with pre-orders. All 50 units of the first generation were sold last year,” commented Dr Schroder.

“We plan to increase production over time and significantly ramp it up as we generate market interest,” he added.

The production of Mobius II (the second generation) will start with a low three-digit figure.

The majority of the pre-orders for the product are domestic, but some have come from Germany, Tanzania, Uganda, and the US.