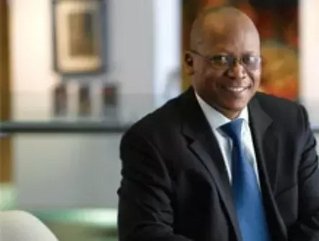 MTN Group has been named as the only South African company on the World Champions list. The list, compiled by analysts from American multinational financial services company, Citi Group, names global companies dominating their respective industries.

Companies on the list must have a market value in excess of R30bn, be in the top three in terms of market share in their segment, and have global reach as well as a lasting sustainable business model.

MTN Group President and Chief Executive Officer, Sifiso Dabengwa, said: “Being named on the World Champions list is exciting and humbling, especially as MTN commemorates its 20th anniversary this year. This global recognition signifies that we continue to play a vital role in our industry.”

MTN has been listed alongside iconic global companies including Apple, Google, Facebook and Microsoft.

On why MTN has been chosen as one of the World Champions, the list states the company operates in 21 countries, is the number one player in 15 of its markets and number two in the rest.

Dabengwa said MTN is a pioneering company, and continues to look at ways to enhance shareholder value and transform the lives of its customers through technology. He attributes this as being a key reason for the company’s success thus far.

From a single licence in South Africa awarded in 1994, MTN has invested hundreds of billions of rand in state-of-the-art networks and licences to now connect more than 200 million people in 22 countries across Africa and the Middle East.

From basic voice calls and messaging services, MTN has broadened its offering to include numerous innovative communication, content and entertainment services.