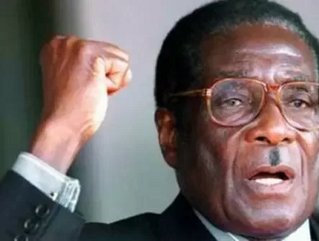 Zimbabwe President Robert Mugabe has been named in a list of the top 100 most influential Africans.

The list, which is in no particular order, was compiled by New African magazine. It features “top influencers, opinion-shapers, doers, agitators, groundbreakers and myth busters who are shaping the face Africa”.

The magazine stated that controversial leader Mugabe was said to “continue to mesmerise the world as well as vex his opponents with his ability to hold on to power” and remain a constant talking point in Africa and worldwide “as people consider what there is to be learnt, or not learnt from his example”.

Revered political figures such as Nelson Mandela, Desmond Tutu and Kofi Annan were all listed, as well as football stars Dider Drogba and Samuel Eto’o and music star Akon.

Aliko Dangote, star of our Business Celebs blog in the May issue, was also included in the business sector.

Baffour Ankomah, Editor of New African, said the list “shows the diversity of skills, talents and personalities amongst northern and sub-Saharan Africans in contemporary times, and who are driving change across the continent and beyond”.