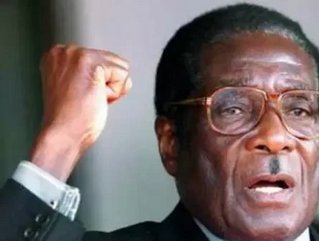 A Zimbabwean newspaper has claimed President Robert Mugabe has spent $20 million on luxurious travel for himself and his huge entourage in the first half of 2011.

Mugabe often travels with more than 70 people each time he leaves office in  and the newspaper states that he has already visited the on five occasions this year.

The news has sparked anger from the public, the majority of which live in poverty as the country faces a $700 million budget deficit.

It also printed figures for the 87-year-old’s coalition government partner Prime Minister Morgan Tsvangirai, who along with his deputies has spent close to $3.3m, almost three quarters of their annual budget of $5m.