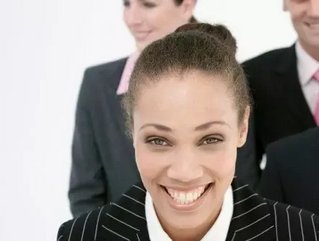 In order to stimulate job creation, Business Partners Limited has announced the launch of a new R107.03 million Franchise Fund.

The fund is a new and innovative platform backed by the Development Bank of Southern Africa (DBSA) aimed at allowing young and previously disadvantaged entrepreneurs, with limited assets and access to capital, to qualify as franchisees.

The total Franchise Fund  consists of R48.65m from National Treasury’s Jobs Fund (R38.92m for financing and R9.73m for technical assistance), as well as R58.38m from Business Partners Limited.

He said: “Purchasing a franchise in South Africa can be quite onerous given that the franchisor normally requests a 50 percent own contribution.

“This fund will provide affordable franchising opportunities to those who would otherwise not have had the opportunity to acquire a business.”

Botes explained that the Franchise Fund is only open to franchisors who have been accredited by SA Franchise Warehouse and Business Partners and that comply with certain minimum requirements, such as proper founding documents, full Franchise Association South Africa (FASA) membership and accreditation, successful track record and subscribing to jointly support the new franchisees.

He said that the Franchise Fund financing model also requires a minimum own contribution of 10 percent of total financing from the entrepreneur.

The Franchise Fund has certain key deliverables over the next 2.5 years, according to Botes. “Our key outcome is to provide funding, training and mentorship to 125 viable and long term sustainable franchises, with most applications for finance ranging between R600 000 and R2 000 000, and in the process also facilitate the creation of more than 700 jobs.

“These newly employed individuals will not only be empowered as a result of the training they will receive, but also build a solid employment record.”

Botes added that the challenge with start-ups is the technical assistance required and the affordability of the costs related to the support required.

As a result, a portion of the funds from Government’s Jobs Fund have been allocated specifically for technical assistance.

The funds disbursed for technical assistance carries a zero percent interest rate for the entrepreneur and this funding is only payable upon completion of all other business financing debt being repaid.

“The applicants, or franchisees, are required to undergo a thorough screening process and formal training program facilitated by SA Franchise Warehouse.

This includes ensuring that the entrepreneur is sure of the franchise brand he/she wants to pursue, as well as whether the sector is in fact best suited for him/her.

The Franchise Fund, which officially began the process for applications at the beginning of 2014, has already completed its first few deals and drawn from the Franchise Fund.

For a list of franchise brands which have been accredited in terms of the rules of the Franchise Fund refer to www.safw.co.za