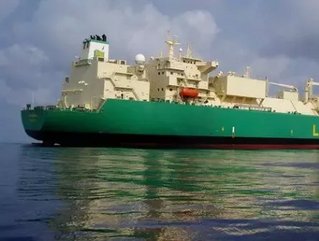 At a ceremony held aboard the NLNG Lokoja to mark the milestone, Managing Director and Chief Executive Officer of NLNG, Babs Omotowa, said: “Today, we deliver our 3,000th cargo of LNG to Botas Petroleum Pipeline Corporation.

“We take pride in the fact that this delivery demonstrates the consistency and reliability of NLNG as a world class energy supplier.

“It also underscores the excellent relationship we have with our customers. I also wish to recognise the diligence and dedication of our staff, the kind support of the government, our shareholders and our loyal customers.

“We remain fully committed to our aspiration to help harness the nation’s gas resources, and our vision to help build a better Nigeria.”

NLNG’s first cargo to Botas Petroleum Pipeline Corporation was delivered on board LNG Lagos at Marmara in November, 1999.

NLNG has loaded more than 200 cargoes for the Turkish energy company since the start of production at the Bonny Plant in 1999. NLNG currently supplies nearly 25 percent of Turkey’s LNG imports.

From 1999 to 2013, NLNG has converted more than four Trillion Cubic Feet (tcf) of associated gas to Liquefied Natural Gas (LNG) and Natural Gas Liquids (NGLs) for both export and domestic uses.

In doing this, the company has positively impacted on the country’s gas flaring status, helping to improve the environment while converting a previously wasted resource into wealth for the nation.

When in operation, Train 7  will boost  the company’s total production capacity to 30 million tonnes per annum (MTPA) of LNG and potentially increase Nigeria’s supply of world LNG demand to 10 percent, bringing more value to government, shareholders, communities and local businesses among others.