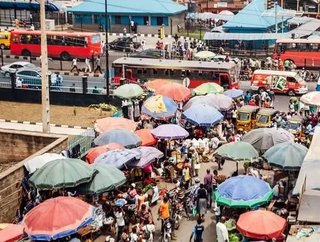 The President of Nigeria, Muhammadu Buhari, has confirmed the nation’s plans to sign up to what will become one of the largest free trade blocks in the world.

The country had previously rejected to idea of joining the African Continental Free Trade Agreement as it argued in favour of prioritising its own industries and businesses.

Nigeria – along with South Africa, which only signed the agreement this month – is one of the continent’s largest economies.

President Buhari announced his agreement to join the bloc following a visit from the President of South Africa, Cyril Ramaphosa, who urged his counterpart to sign.

South Africa’s President stated that the country should take its time before signing, but not to “take too long”, Bloomberg reported.

“The continent is waiting for Nigeria and South Africa. By trading among ourselves, we are able to retain more resources in the continent,” Ramaphosa said.

“In trying to guarantee employment, goods and services in our country, we have to be careful with agreements that will compete, maybe successfully, against our upcoming industries,” Buhari told a news conference during Ramaphosa’s visit.

“I am a slow reader, maybe because I was an ex-soldier. I didn’t read it fast enough before my officials saw that it was all right for signature. I kept it on my table. I will soon sign it.”