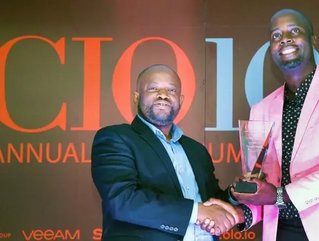 The Head of IT at the National Transport and Safety Authority (NTSA), Fernando Wangila, won the award of CIO of the Year in East Africa.

The 2017 awards were themed around Digital Transformation, and were followed by a symposium held at the Enashipai Resort and Spa for two days.

More than 400 senior IT and business executives attended the ceremony, which aimed for them to learn, share knowledge, and recognise their peers.

Winning the highest accolade were NTSA for their implementation of the Transport Information Management System (TIMS).

TIMS is a self-help portal that allows Kenyans to access services offered by NTSA from anywhere as long as they are connected to the internet.

“We noticed that emerging technology isn’t merely a conjured-up report but they represent a series of already rolled-out initiatives – in pure capital, time and energy – that have massives implications for enterprise,” commented Dr Joseph Sevilla, Director at iLab

Over 650 companies from Kenya, Uganda, Tanzania, Rwanda, and Ethiopia were involved in this year’s CIO100 award.

The participants represented a variety of industries, including education, health, logistics, banking and financial services, insurance, and agriculture.