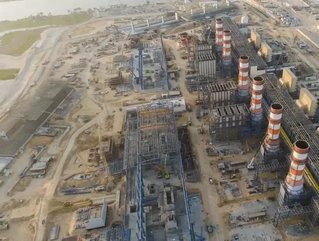 The Egyptian Ministry of Electricity and Renewable Energy, in partnership with Siemens, announced the launch of the Egypt Megaproject on 24 July.

The project was developed by a consortium including Orascom Construction and Elsewedy Electric.

The completion of the projects marked the launch of operations at the Beni Suef, Burullus, and New Capita power plants.

The stations, which have a combined capacity of 14.4GW, were completed in a record time of 27.5 months.

The project can generate enough energy to power 40mn people through the grid and save Egypt more than US$1bn per annum in fuel costs.

“The completion of the power plants is a significant milestone in the government's strategy to modernize energy infrastructure in Egypt to drive industrial growth and economic progress,” commented H.E. Dr. Mohamed Shaker, Egypt’s Minister of Electricity and Renewable Energy.

“This is also why the plants were built in select locations across the country to serve the growing demand for electricity among households, businesses and industries.”

“This new power infrastructure will serve as the backbone for economic prosperity in Egypt for years to come.”

“The record-breaking completion of our Megaproject in Egypt will not only transform the power landscape in Egypt, but will also serve as a blueprint for building up power infrastructure in the Middle East and all over the world,” remarked Joe Kaeser, President and CEO of Siemens AG.

“This Megaproject is also setting the benchmark for trustful and reliable cooperation with our customer and our partners.”

“The leadership of President al Sisi and his team in this project has been remarkable. We look forward to apply this unique performance model also to other countries in their efforts towards reliable, affordable and sustainable power systems.”