By Seamus Kilgallon
May 19, 2020
undefined mins 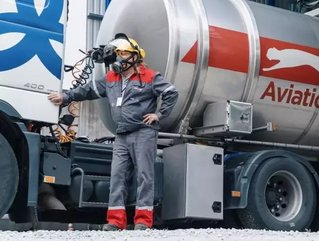 Seamus Kilgallon is the Global Head of Aviation at Puma Energy Puma Energy is a global integrated midstream and downstream oil company active in 49 countries. Formed in 1997 in Central America, Puma Energy has since expanded its activities worldwide, achieving rapid growth, diversification and product line development. Here Seamus Kilgallon explains the technology and challenges faced by the aviation industry.

By 2036, the International Air Transport Association (IATA) predicts that passenger numbers will double. Many of the fastest growing markets are within Africa, with an annual expansion of nearly 5% each year across the next 20 years.

This indicates a strong potential for future economic growth across the continent, but outdated infrastructure and issues around fuel availability are set to challenge this, unless the aviation industry looks to address these issues, and fast.

Firstly, the aviation industry, in partnership with governments and industry bodies, must address the issue of high-quality aviation fuel availability in growing African markets such as South Africa, Mozambique and Ghana.

Mozambique’s aviation market continues to grow, largely due to the opening of its domestic market to foreign airlines in the last few years. This includes low-cost airline Fastjet and Ethiopian launching their first domestic services. For Mozambique to continue this growth, security of supply and service enhancement is vital.

A key part of overcoming these issues in growing markets is by collaboration with reputable international suppliers who have global supply chains with local knowledge, to bring their expertise, investment and the best quality fuel to these rapidly growing markets.

For example, since the opening of the Petrobeira terminal, Mozambique has seen continued investment in midstream operations, including the opening of a 115,000m3 fuel terminal in Matola, which now acts as a strategic storage hub to supply the surrounding countries of Southern Africa.

Another example of this is the Richard’s Bay jet import terminal in South Africa. Investment in recent years has enabled direct train access to Johannesburg International Airport and has increased storage capacity at the site to 46 million litres. This has greatly enhanced supply security to the biggest airport in Africa.

The second challenge is that much of the refuelling process in many markets, is still incredibly manual, limiting the efficiency of refuelling operations. Modernising these processes is critical to a more profitable industry while meeting increasing passenger demand.

IATA has set a paper free deadline for 2020, and many organisations worldwide are dedicated to introducing digital processes to help address the inadequacies of heavily manual processes. These include tools to automate processes as well as enabling a 360% view of all activity. Mobile tablets can also be introduced at airports to modernise and capture the refuelling process.

Puma Aviation is already working with a number of African airports as part of its eAviation solution – an industry-first digital system that handles complex refuelling processes in a more efficient way. There are now hundreds of specially trained individuals accessing the eAviation solution on tablets at key airports such as Sir Seretse Khama International Airport in Botswana. On average, airports using this technology have now managed to achieve full automation in their refuelling processes. Further benefits of introducing digital processes include reducing delays and errors, saving hundreds of man hours of administration and dramatically improving efficiency.

Thirdly, there is a need to modernise refuelling facilities and equipment in order to enable faster and efficient operations and to cater for growth, and African aviation leaders can take inspiration following successful modernisation processes in other growing regions. For example, Myanmar’s government decided to improve the country’s aviation fuelling sector as part of opening up to tourism and new business investment after decades of isolation.

Since 2015, the country has gone through a rapid period of transformation, beginning at Yangon International Airport which consisted of a total refurbishment of the fuelling depot, investing in a new refuelling fleet and upgrading storage facilities and health and safety equipment. This was followed by bringing a further ten of Myanmar’s airport’s fuelling facilities and operations up to a higher standard, meeting the JIG standards for Aviation Fuel Quality Control and Operating Procedures.

Storage infrastructure is also critical for refuelling. Kotoka Airport in Accra is fast growing and previously lacked the world class infrastructure needed to refuel aircraft. However, since the investment in a 10,000 cubic metre storage facility at the airport and a 15,000 cubic metre intermediate import depot in Tema to supply the airport, the storage capacity at the airport has increased seven-fold. A new hydrant pipeline system has also been built and commissioned.

We at Puma Aviation are committed in our mission to drive real change in refuelling across the globe. Whether via the digital transformation of our customers’ business with tablet technology and terminal automation, our heavy investment in infrastructure and building state-of-the-art terminals, or our commitment to going paper free; delivering rapid, efficient and safe refuelling processes worldwide, is at the very heart of our aviation strategy.