The rise of Nakheel 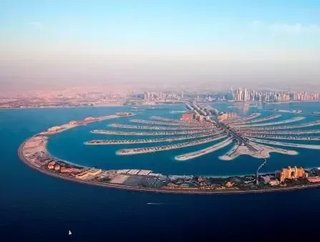 Nakheel’s Chairman Ali Rashid Lootah, has declared the company debt-free, telling reporters at a press conference: "We are closing the restructuring file. We are a debt-free company as of yesterday."

Coming just seven years after the developer was forced into a massive debt restructuring as a result of the property market crash in Dubai, Lootah has been dubbed Nakheel’s ‘turnaround man’.

Over the last six years, Lootah has overseen the launch of 70 new projects – ranging from neighbourhood retail centres to entire new communities – some of which are completed and operational while others are in various stages of development

Here are three of Nakheel's key projects of 2016.

1. Waterpark and resort at Deira Islands

Dar Al Handasah has been appointed to oversee design, engineering and construction supervision of the resort, which will be RIU’s first property in the GCC.

Set on a 3.4 million square foot plot at Deira Islands, the resort will be one of the biggest in Dubai in terms of rooms and the waterpark will occupy 10 percent of the overall area.

Work is continuing on Nakheel Mall, the AED1.2 billion retail and entertainment destination at the heart of Palm Jumeirah. When complete, Nakheel Mall will have five retail levels with 350 shops, restaurants and leisure attractions spread across 1.2 million sq ft of leasable space. There will also be a rooftop restaurant offering panoramic views of Palm Jumeirah, Arabian Gulf and the Dubai skyline.

The Palm Gateway on Dubai’s Palm Jumeirah is one of Nakheel’s current residential leasing projects – a three-tower residential, retail and beach club complex at the foot of its flagship master development, Palm Jumeirah.

The Palm Gateway includes 1,265 luxury homes across three high-rise buildings – the tallest topping 285 metres – to be constructed on top of the existing Palm Monorail terminal, which includes 14 levels of parking spaces.