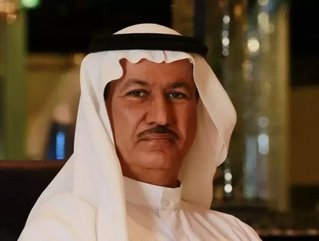 During the reporting period, booked sales reached AED 3.63 billion, marginally below the previous three quarters run rate, due primarily to the full impact of Ramadan in this quarter. The higher transaction numbers and square footage sales show continued stability in demand for DAMAC’s products and the Dubai market. With these results and a stronger than seasonal start to Q3 2016, the management reiterated guidance for full year sales to be greater than AED 7 billion.

In a statement, Hussain Sajwani, Chairman of DAMAC Properties, commented: “The Dubai market remains solid. The levels of interest in our new product launches and existing portfolio are healthy. In line with the visionary leadership of His Highness Sheikh Mohammed bin Rashid Al Maktoum, UAE Vice President and Prime Minister and Ruler of Dubai, Dubai is reinforcing its position as a leading metropolitan center attracting businesses and individual investors from the four corners of the globe.

"In the first half of 2016, DAMAC added AYKON City to its portfolio of standout projects, a landmark in freehold developments in the most sought after location on Sheikh Zayed Road. Furthermore, DAMAC continues to introduce innovative concepts with our master developments; AKOYA by DAMAC and AKOYA Oxygen.

"We believe that Dubai is well positioned for continued growth, and we expect the city to consistently outperform more established metropolitan centers around the world. This outperformance is underpinned by a stringent and efficient regulatory framework stemming from the Government’s vision to create a sustainable city which enhances the experience of those living, working and visiting Dubai.”

Following a sold-out phase one, DAMAC has recently announced a limited release in Ghalia during the holy month of Ramadan to target the growing halal tourism sector. Ghalia offers the first certified Sharia-compliant serviced hotel apartments, with construction already underway, and will be operated by DAMAC Hotels & Resorts, the hospitality arm of DAMAC Properties. The 38-storey tower in Jumeirah Village will comprise 742 keys, with furnished units ranging from studio, one-, two- and three-bedroom apartments.

Sajwani concluded: “At DAMAC, we have established ourselves as a market leader firmly positioned in the luxury real estate sector. Adding to this business model that is focused on returns and sales channel innovation, we have powerful differentiators that will support a continued pipeline of unique products with a range of properties and offers to address most sub-segments of our target customers.

With the first half of 2016 behind us, we are more optimistic today about the business and expect to end 2016 in a more positive position.”