SA and DRC on brink of hydro-power partnership 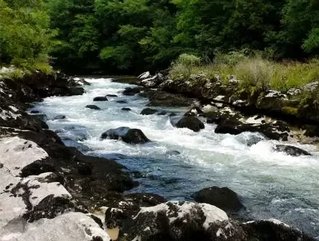 South Africa and the Democratic Republic of the Congo are set to sign an agreement this weekend aimed at staring an $8-$10 billion 5,000 megawatt hydro power project on the Congo River.

The Presidency said in a statement that the memorandum of understanding will be signed in the DRC by the two countries' energy ministers.

The project has been in the pipeline for sometime but had previously stalled. The Inga hydropower scheme on the Congo River is said to be one of the single largest projects to help provide power as Africa aims to meet rising energy demands that have had a detrimental effect on the continent’s economic growth.

"President Zuma has directed that the process of negotiations for a Treaty to give effect to the MoU must commence immediately, and be completed within the next six months,” the statement said.

“The proposed Treaty will create an enabling environment and necessary framework for the implementation of the project, including defined milestones for the execution of the Grand Inga Project."

According to government figures, the DRC’s hydro=power potential is greatly underused. Its massive river network has up to 100,000 MW yet produces only a small fraction of that amount.