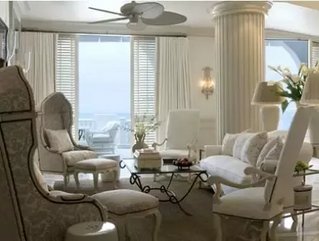 One of South Africa’s most luxury hotels is preparing to host a reception for Prince Albert II of Monaco and his new bride Charlene Wittstock.

The Oyster Box, situated in Umhlanga near Durban, is famous for its stunning views of the Indian Ocean and charges R50k a night for its presidential suite.

The newlyweds are in Durban for the International Olympic Committee (IOC) meeting which started on Monday 4 July and runs until Saturday 9 July.

With 86 rooms and suites, the hotel also has eight garden villas that have plunge pools.

The media have reported the couple, who were married this week amid rumours that the bride-to-be tried to flee Monaco three times before the big day, will reside in the luxurious 450sqm presidential suite, a two-level room complete with a private lift, swimming pool, study and his and hers marble bathrooms.