Sasol&#039;s new plant to cut emissions by one million tonnes 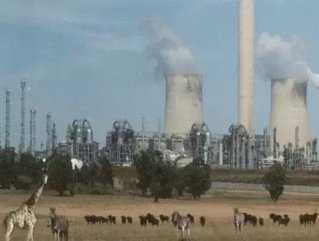 Sasol, which is one of SA’s biggest air polluters, says it will cut carbon emissions by close to one million tonnes per year, reducing its dependence on power utility Eskom.

The plant will be built next to its electricity generation facility in Sasolburg and electricity production is expected to begin by late 2012.

"The project will make a significant contribution to improving the country's current electricity supply situation by freeing up electricity that would otherwise have to be imported from the national grid. Using several gas engines, the plant will use natural gas as a feedstock," said Henri Loubser, Managing Director of Sasol's new energy unit.

"Producing electricity from natural gas rather than coal results in much fewer emissions, and this project will produce 50 percent less greenhouse gases compared to a conventional coal-fired power station of equivalent capacity," Loubser added.