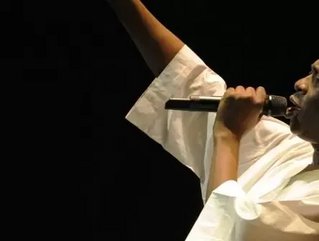 World-famous Senegalese singer Youssou Ndour has announced he is running for president against incumbent Abdoulaye Wade.

The 52-year-old stated his plans on his privately-owned television on Jan 2, saying “I am a candidate”. Ndour has publicly criticised Wade, who is running for a third term in office amid protests and controversy in Senegal.

Rumours over whether the performer would enter the presidential race have been rife since the Ndour announced at a concert in November that he had put performing on hold and formed his own political movement, Fekke ma ci bolle, which means 'I am involved' in the Wolof language.

"I have listened, I have heard, and I am responding favourably," Ndour said, adding it is a “supreme patriotic duty."

"It's true, I haven't pursued higher education, but the presidency is a function and not a job. I have proved my competence, commitment, rigour and efficiency time and time again.

"I have studied at the school of the world. Travel teaches as much as books."

Up to 20 candidates are expected to run in the elections on 26 February.