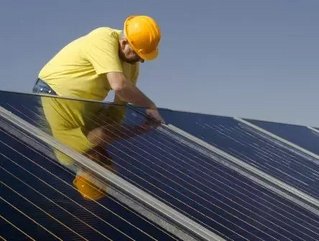 Demand for electricity in South Africa has increased progressively over several years and the grid now faces supply and demand challenges.

As a result, the Department of Energy has implemented a new Integrated Resource Plan to enhance generation capacity and promote energy efficiency.

Photovoltaics (PV) and concentrated solar power (CSP) are set to be the main beneficiaries from the new plan having their initial allocation raised considerably.

Daily electricity demand in South Africa has a morning and evening peak, both in summer and winter.

This characteristic makes CSP with storage a very attractive technology for generating electricity on a large scale compared to PV, which currently can provide electricity at a cheaper price, but its capability to match the demand is limited to the morning demand peak.

As experts highlight, CSP is the only renewable technology that provides dispatchable electricity that adapts to the demand curve, though at a higher price than PV.

However, the government in South Africa has recognised the flexibility that it offers to the grid (matching the demand and stabilising the system) over the levelised cost of energy (LCOE), and announced a bid window in March 2014 solely for CSP, where 200 MW are to be allocated.

CSP’s operational flexibility allows the plant to be run in a conventional mode at maximum power output, store the excess energy and use the full load once the sun starts setting.

Another option is to adapt the production to the demand, reducing the load during the central hours of the day where PV can provide cheaper electricity, and shift that energy to generate at later hours without requiring a large storage system.

At CSP Today South Africa 2014, which is scheduled to run between April 8th and 9th, Cape Town) (http://goo.gl/VnwPiF), International developers Abengoa and ACWA Power will assess strategies employed to optimise the thermal storage depending on the scale of the plant and the needs of the market.

National utility Eskom will identify the role CSP can play in improving energy efficiency by meeting current demand during peak times and stabilising the grid.