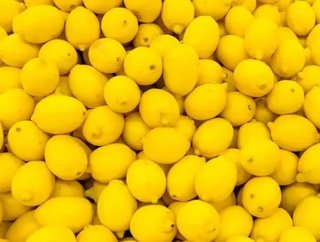 The South African citrus industry has taken yet another hit, having seen its exports of organic lemons to the European Union (EU) trading bloc suspended following a fallout over the discovery of a number of lemons affected with citrus black spot.

The EU Envoy to the Citrus Growers Association (CGA) Deon Joubert said: “Today’s decision to ring-fence the commodity and remove any possible risk stemming from it was not an easy one. Moreover, it comes with a hefty price tag and financial loss for organic lemon growers.”

He added that the industry watchdog took the decision after the spot was detected in three consignments of organic South African lemons.

In 2011, the CGA reported that the South African citrus industry had a total gross value of production of nearly 7 billion rand.

Black spot is a fungal affliction which affects fruit quality and quantity; since no variety is resistant to the malaise, strict control measures are required to limit its spread.

The South African citrus industry has previously been involved in intensive negotiations, especially with the EU, over the citrus black spot. The ban has forced growers to focus on exporting to less scrupulous markets in the Middle East and south-east Asia.

Although more stringent control measures have been introduced by the South African citrus industry, including testing and risk management measures, no deal has been reached with EU counterparts as yet.

Joubert was, however confident that an agreement could be reached between the two parties, he said: “The CGA, together with its partners in the government, remain committed to working with the EU towards a long-term resolution.”

While it is a credit to the South African citrus farming industry that its crops (usually) meet with the exacting standards of the EU, it is clear that there is still much work to be done on both sides. Similar to the nation's recent spat with the American poultry industry over AGOA, cooperation and compromise must be achieved through mutual recognition.