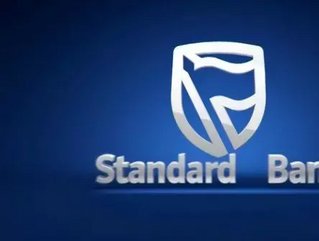 Standard Bank expects the growth of Mozambique's Gross Domestic Product (GDP) to accelerate from an average of 7.3 percent over the past 10 years to around eight percent, in line with the government's projections which positions Mozambique among the fastest growing economies in the region.

The Standard Bank projection was made ​​during an economic briefing, held in Maputo.

Fáusio Mussa, chief economist at Standard Bank Mozambique, said: “The planned development of natural gas projects in the Rovuma Basin and associated infrastructure spending, together with development of the Nacala corridor for exporting coal from Moatize, will result in Mozambique’s accelerated GDP growth to above-average levels of the past 10 years.

“Continued inflows of foreign investment and increased exports point to the maintenance of a relatively stable exchange rate for the metical against the US dollar, around 31 MT a dollar, which will keep inflation in single digit, between five and six percent.”

Also speaking at the briefing, Yvette Babb, specialist economist in emerging markets at Standard Bank Group, referred to the impact of the forecast rise in interest rates in the United States on world markets and liquidity.

She indicated that emerging markets will continue to face some volatility related to this process.

Ms Babb maintained that Mozambique remains one of the best performing economies in southern Africa while, she said, unfortunately South Africa, will continue to grow below its potential, below two percent.

She said: “Recovery in European economic activity still faces risks, and there is uncertainty about the level of growth in China, which may impact the price of commodities, adversely affecting African economies.

“Following low levels in March, commodity prices are likely to start a constructive trend in coming months, which would be positive for the region.”

The Standard Bank economic briefing is an annual event for clients, offering perspectives on market trends in both the national and global economy. This year’s briefing focused on Mozambique’s accelerated growth.