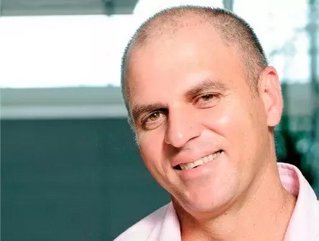 Gert Schoonbee, Managing Director, at T-Systems believes ICT has the potential to be far more than just a business enabler but can also be in instrumental in building South Africa’s future.

He recently spoke at The Human Capital Engine’s recent Nation Building in SA Conference in Johannesburg.

The event connected C-level executives from various local companies, and explored the evolving role of private enterprise in developing our country, 20 years after the birth of a democratic South Africa.

“You cannot talk about nation-building in the third person and remain authentic,” said Schoonbee, explaining the details of T-Systems’ ‘nation-building’ programme within its 2,000-employee South African division.

“We wanted to move past the fallacy that nation-building is something we as individuals cannot accomplish, that it can only be done only by heroic figures and icons. We wanted to illustrate that it affects us all, that it is not ‘something that needs to be done for someone else’.”

“T-Systems’ programmes have emphasised the nation-building efforts that can be done on an individual level, on a day-to-day basis. The vision is that T-Systems becomes a microcosm of the country we want to become”, he explained.

“Through its key accounts, the ICT company plays a critical role in areas such as ensuring well-functioning trade ports across South Africa’s coastline, providing high levels of electricity availability despite a tough operational climate, ensuring SA can transact with the world via sophisticated financial trading desks, and keeping production lines up and running for us to export goods.”

“All of these are, in essence, nation-building activities”, he said.

“Our cultural programme looks at these achievements and emphasises that staff are making a meaningful contribution to themselves, colleagues, customers, and then outside of the organisation: their families, communities, and the broader society at large,” said Schoonbee.

“Our values, beliefs and identity are a result of our entire lives: where we have come from and everything we’ve experienced. In order to truly trust someone and work together as one, we need to truly understand that person.”

In October this year, when the new Broad Based Black Economic Empowerment Codes come into effect, the spotlight will once again be directed at issues of transformation. But Schoonbee believes that if we define transformation as simply ‘adhering to these codes’, we are not grasping the issue fully.

Transformation is about being instrumental in building a nation for those around us, transforming people’s lives through our actions, he continued.

With this in mind, the new culture of T-Systems actively seeks ways to do this. From its learnership programme that’s trained more than 1,500 people in recent years (many of which went on to formal internships and ultimately permanent positions within the organisation), to its Digital Learning Centre in the small rural town of Hazyview in Mpumalanga, nation-building remains at the heart of activities.

“This is a continual journey,” Schoonbee concluded, “We need to keep working on it, and find strength and energy from each other – but so far, the change has been incredible.”

T-Systems is a finalist in the the 13th Annual Oliver Empowerment Awards in the category Skills Development for organisations with a turnover of over R1 billion as well as Enterprise & Supplier Development category.