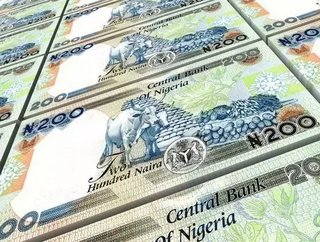 Born into one of the most prominent business families in Alexandria, Egypt, the Mansour Group (TMG), Mohamed Mansour took over TMG in 1976. Over the course of his career, Mansour was the founder and chairman of Mansour Automotive Company (one of the biggest distributors of General Motors in the world) and Unatrac (Caterpillar’s Egypt distributor) as well as former Chairman of Credit Agricole Egypt – the second largest bank in Egypt.

The daughter of the long-time former president of Angola, Jose Eduardo dos Santos is the richest woman in Africa. With a career spanning 20- years, dos Santos built most of her fortune from a number of foreign investments while situated in Luanda. These include a 29% stake in Netherlands-based telecom company ZON Multimedia, as well as being a member of the board of the Angolan bank Banco BIC Português. Most recently, dos Santos helped bring Sonae into Angola. The biggest retailer in Portugal has since opened five food hypermarkets across the country. Sehe is currently the CEO of Angola diamonds,

Jacobus Petrus "Koos" Becker is the Chairperson of Naspers, a global internet and entertainment group and one of the largest technology investors in the world. With a presence in more than 130 countries all around the world, the company has a market cap of $112.8bn. In 2001, he played a key role in the company’s $32mn injection in then start-up company, Tencent. Tencent has since become the first Asian company to cross a market valuation of $500bn.

The Egyptian businessman built his fortune in the telecom industry, having founded Global Telecom Holding back in 1998 with 200,000 subscribers which has since grown exponentially to more than 102 million subscribers today. He also founded Orascom Telecom Holding OTH and then stepped down as CEO following the $6.6bn merger with Vimpelcom Ltd (now VEON), creating the world’s sixth largest mobile telecommunications provider in April 2011. Sawiris also has interests in Evolution Mining and Endeavor Mining, with a 20% stake in each company respectively.

The founder and CEP of Cevital, the largest privately held-conglomerate in Algeria, Issad Rebrab owns and operates one of the largest sugar refineries in the world with a capacity to produce two million tons a year. The company operates in food processing, automotive and services, industry, and distribution sectors and in May 2018, the company signed a deal with JSW Steel to sell the second largest steel firm in Italy (owned by Cevital) in a deal worth Rs 6 bn ($83mn).

The second richest man in Nigeria, Mike Adenuga built his fortune in the telecom industry and oil production. He is the founder of Globacom, which is now known as Glo, one of the biggest telecommunications network providers in Africa. Since its creation in 2003, Glo has recorded a profit of just over $4bn. Adenuga is also the founder and CEO of Conoil, the leading Nigerian independent oil and gas exploration and production company. Over recent years, Conoil has experienced exponential year-on-year growth and recorded a profit of N809bn ($2.2mn) in 2018.

Johann Rupert is the chairman of Richemont, the Switzerland-based luxury goods company. As founder and CEO, Rupert has overseen incredible growth in acquiring some of the world’s leading fashion brands. These include Azzedine Alaïa, Chloé, and Dunhill, as well as Van Cleef & Arpels, Vacheron Constantin and Cartier. In 2010, Richemont invested $550mn to acquire 100% of the world's premier online luxury fashion Net-a-Porter. Rupert is also part of a 50/50 joint venture partnership with Polo Ralph Lauren, which operates the Ralph Lauren Watch and Jewelry Company.

The richest man in Africa, Aliko Dangote founded and chairs Dangote Cement which is the largest cement producer on the continent. He is the majority owner of the company with an 88% stake. The company produces around 29.3 MTA of cement in Nigeria alone and produces more than 45MTA per year across the whole of Africa. The company recorded a net profit of more than $2bn in 2017. Running alongside Dangote Cement is the Aliko Dangote Foundation. The main objective of the Foundation is to reduce the number of lives lost to malnutrition and disease. In 2015, the Dangote Foundation played a key role containing the spread of Ebola in Nigeria and other parts of Africa. The Foundation was the biggest private contributor to the African Union Ebola Trust Fund with a donation of $3mn.