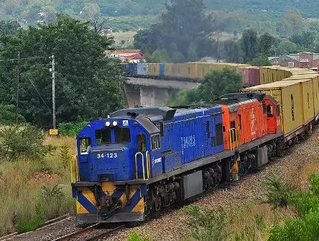 A bid to overhaul South Africa’s ageing rail network is being made with a 50bn-rand ($4.7bn) investment in more than 1,000 new trains.

He also revealed that building the new trains would create and preserves some 30,000 jobs.

He said: “This programme is unprecedented in the history of South Africa. This award is the single biggest infrastructure investment by corporate in SA and confirms Transnet's commitment as a leading investor in the economy."

Four suppliers, which will work with various BEE companies to supply Transnet with the new electric and diesel locomotives have been appointed and include General Electric, Bombardier and two Chinese companies.

It is anticipated all 1,064 trains will be delivered to Transnet in three years to replace existing locomotives, the average age of which is 32 years.

The new trains are just a part of a 300bn-rand, seven-year investment in South Africa’s rail, port and pipeline infrastructure.

“One-third of the 300bn, will go towards our ports,” said Molefe. “We have already started buying new equipment for the ports. We have new cranes for Duban, Cape Town, the port of Ngqura and Port Elizabeth.”