UPDATE: Tensions between USA and SA continue to rise over AGOA trade deal 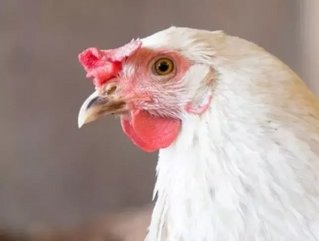 In the most recent spat between US senators and the South African poultry industry, pressure has mounted on both sides to reach an agreement over poultry tariffs with potentially thousands of jobs hanging in the balance.

Since its inception in 2000, South Africa has been able to export many goods tariff-free to the American market whilst retaining the right to protect much of its home industries.

Tensions have arisen over how these duties affect competitiveness between the two nations. A block of US senators has consistently highlighted that poultry imports have been effectively blocked by South African tariffs; senior African Union trade officials have noted the dominance of raw materials and oil exported to the US.

13 US senators have written to the South African Minister for Trade and Industry Rob Davies in a bid to secure the removal of the tariffs. Similar to past communications, the threat of exclusion from the trade deal has never been far away from the negotiations.

In a rebuttal of sorts, CEO of the South African Poultry Association (SAPA) Kevin Lovell said, “The application of these duties has never been challenged by the US in the courts or at the World Trade Organisation – the correct forum for this kind of remedy – speaks for itself.”

Opinion in support of the US has noted that, since South Africa is by far one of the most advanced and successful African beneficiaries of the deal, its position within AGOA is becoming untenable in the light of the stubbornness of its poultry industry.

Conversely, South Africa’s poultry industry cites cheap American imports as a threat to local jobs and industry. Indeed, Senegal claims to have lost up to three quarters of its poultry trade due to the ‘dumping’ effect from the EU market as part of a similarly conceived trade deal.

In this particular instance AGOA is becoming a Catch 22 situation for South Africa: consumers will benefits from cheap imports but this will cost the country an as yet unknown portion of its home poultry industry. This is exactly why negotiations are crucial for the mutual benefit of all the interests involved in the deal.