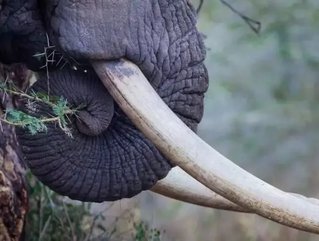 Before he was killed by American Dentist Walter James Palmer, Cecil the lion was a popular attraction for international tourists visiting Zimbabwe’s Hwange National Park.

Since then, stories have promulgated that the beloved lion (who was part of an Oxford University study dating back to 1999) was lured from the nature reserve before being slain, as well as the animal suffering for up to 40 hours before he was finally shot dead with a rifle.

A recent article by National Geographic highlighted that regulated hunting is not only secured by a series of international treaties but is also supported by the likes of the World Wildlife Federation (WWF) as integral to global conservation efforts.

A piece in the Endangered Species Handbook rightly compares revenues raised from hunting with those raised by eco-tourism and concludes that the latter makes more economic (not to mention environmental) sense.

This has recently been backed up by an interesting study on the economic worth of elephants conducted by iworry, a campaign set up to prioritise cracking down on the illegal ivory trade. ‘Dead or Alive? Valuing an Elephant’ highlights that an elephant brings roughly $23,000 a year to local economies, which totals over $1.5 million over the course of its lifetime.

The Centre for Responsible Travel (CREST) notes that eco-tourism captures $77 billion of the global market and is predicted to make more gains in the future. Recent research by the International Federation for Animal Welfare (IFAW) suggests that legal hunting contributes just $200 million to African economies and contributes as little as 2 percent to tourism revenues.

Palmer insists that his hunt was conducted within the boundaries of the law and indeed much hunting is carried out legally. There is certainly a case to be made for controlling populations in the interests of biodiversity, but can the killing of any endangered animal (even legally) truly be justified?