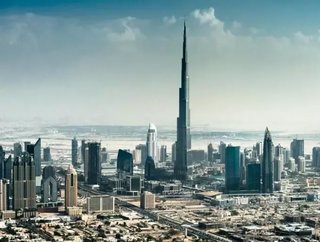 Since the turn of the millennium the Middle East has become one of the most popular holiday destinations for travellers who enjoy luxury and leisurely breaks in the sun.

But a new report from PwC is arguing that five global megatrends which are believed to be shaping the future of the entire world – namely, demographic shifts and social change, a shift in global economic power, accelerating urbanisation, climate change and resource scarcity, and the rise of technology – are set to have a “profound and disruptive effect on the Middle East travel and tourism industry”.

The Middle East has led the emerging market population boom over the past decade with 40% of its people now under the age of 25. The population is expected to rise by almost 50% over the next quarter of a century so the way these demographic and social changes have affected travel and tourism in the region cannot be underestimated.  Whilst historically, it was designed to cater to middle-aged business and leisure tourists from advanced economies, it will now be required transform itself to cater to a wider variety of visitors, age groups and backgrounds.  Companies in the industry will therefore be required to overhaul traditional marketing concepts by embracing the power of social media and the digital era.

Dr. Martin Berlin, Middle East Partner and Global Deals Real Estate Leader at PwC, said: “Over the past decade, the Middle East has developed into a global hub for tourism and leisure, attracting visitors from all over the world, but new winds of change will require further transformation within the region’s travel and tourism industry.”

The shift in global economic power has placed the Middle East at the centre of many of the world’s fastest growing markets.  As this shift from advanced to emerging economies continues, the region will have to take proactive steps to ensure they benefit. Dubai has already done so most impressively, having transformed itself into a global hub for aviation, tourism and logistics. Through Dubai International Airport, the city has also turned itself into a key link, connecting the economies of the East and the West and placing the UAE within a four-hour flight of 40% of the world’s population.  More places in the Middle East will now be forced to follow its example.  The report argues that emerging markets are not just set to overtake developed ones as both a tourism and hospitality destination, but also as providers of key customers.

One of the key challenges in the Middle East has been trying to develop sufficient infrastructure to cope with the exponential population growth which has seen it become the most highly-urbanised region on the planet.  This trend, however, is slowing, so focus will now have to move to getting the most out of key urban development spaces. The report calculates that there could be $4 trillion worth of opportunity from projects planned or under construction in the Middle East and North Africa. Dynamic development of urban tourism is strongly dependent on economic growth, technological growth and increased air connectivity with offerings usually varying from retail, leisure and wellness, and cultural to theme parks, sun and sand but all are usually concentrated in or around the major cities.

The report says: “Businesses in the region will need to prepare for the challenges ahead: constrained capacity and finance for infrastructure delivery, investments in service provisions, proper planning and resource scarcity, among others.”

And resource scarcity, as well as climate change, is one of the most pressing issues for the Middle East. Water is and will remain a significant issue for the region over the coming decade, with the Gulf Cooperation Council already relying on 70% of its water and water consumption being forecast to grow by one-third by 2020. In addition to water scarcity, the Middle East is of course vulnerable to warmer summers - the region will therefore need to implement some stringent control measures with clear targets and mitigation strategies.

One of the key means of combatting the various issues which are detailed in the report could be the continual advancement of technology and subsequent breakthroughs, but digitisation is also affecting in the travel and tourism industry which will mean that new skills and a shift in strategies is required. The region’s populations are young and tech savvy and smartphone penetration in the area is among the highest in the world, reaching 78% in the UAE and 77% in Saudi Arabia. That should mean that the Middle East will be able to cope and adapt but digitisation will affect the entire value chain of the travel and tourism industry in a multitude of ways, with everything from influencing traveling decisions, to collecting feedback and improving the delivery of their products and services all affected. A business strategy which reflects and befits digital age, will need the order of the day for the industry to ensure that it can survive and continue to grow.