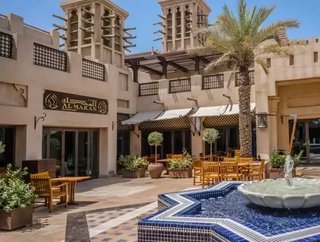 Yoox Net-a-Porter has its sights set on the Middle East after having sold a 100 million Euro stake in the company to Alabbar Enterprises. Alabbar owns Emaar Properties, which includes the world's most-visited luxury shopping mall, the Dubai Mall, combining the largest physical retailer with the largest online fashion store.

Richemont will remain the Yoox Net-a-Porter group's biggest shareholder, while Alabbar will pay 28 Euros per share, which is a premium of 5.7 percent on the closing share price earlier this week. The company is worth about $4.2 billion.

Luca Solca, an analyst for Exane BNP Paribas, told nytimes.com: "[Yoox Net-a-Porter] is a business that promises continuing gross revenues, as more and more brands convert to digital. It is understanable why a long-term investor might be attracted to it."

Although the Middle East represents five percent of the luxury market, neither Yoox nor Net-a-Porter has an Arabic website, the reason being that the region's contribution is considered merely a fraction of the 1.7 billion Euro revenue.

Despite this, the Middle East has been increasing its interest in luxury items for some time. In 2012 Bahrain-based Investcorp bought silver branmd Georg Jensen for $140 million, and in 2013, Qatar's Mayhoola for Investments acquired Valentino for $850 million.