Zimbabwe Looks to Russia for Fresh Investment in Livestock Sector 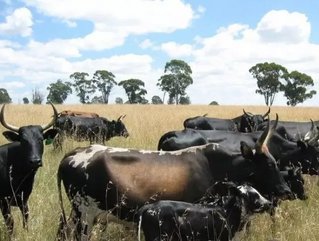 Russia and Zimbabwe look set to forge ties in the livestock industry as a delegation from the Eastern European nation is expected in Harare in the coming weeks to discuss opportunities.

Zimbabwe’s Agriculture, Mechanisation and Irrigation Minister Dr Joseph Made said: “Very soon we will have a delegation from Russia, exclusively for the livestock sector and it is going to be wide ranging.”

It is thought that the two countries will explore areas including vaccine manufacturing, infrastructure and new technology.

However, milk production remains below the national demand by a factor of half after several years of hardship in the industry.

Dr Made said Russian investment could be with State-owned companies such as Cold Storage Company or private arrangements, and looked at how Russia has been instrumental in developing and mechanising the Chinese livestock industry.

The government is looking to support the smallholder sector as part of its food and drink investments, setting aside $9.2 million in its 2015 annual budget.