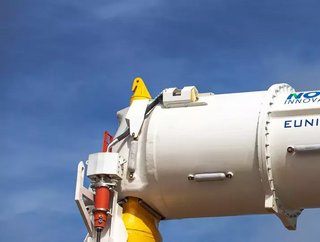 Nova Innovation and Sabella partner in tidal energy projects to support renewable energy initiatives in Europe, including the UK and France

Tidal Energy accounts for a significant portion of European renewable energy consumption. And according to a case study on France’s tidal energy in the Ocean Energy Systems Annual Report 2020, the country is on track to provide 58,200 jobs and reach 53mW capacity by 2050. With that said, Nova Innovation and Sabella - providers of tidal energy infrastructure - will combine their expertise to further increase the operational scale in the UK and France.

The tidal energy technology companies have confirmed the union, which aims to drive down the cost of tidal energy production, create funding opportunities, and deliver higher production outputs to support climate change.

“We can already see significant benefits from our teams working together to build capacity for tidal energy across France and the UK and making tidal energy a commercial reality,” says Fanch Le Bris, CEO of France-based Sabella.

Founded in 2010, Nova Innovations operates offices in Scotland, Belgium, Ireland, Wales, and Canada. In 2016, the company was responsible for the installation of an offshore tidal energy system in Shetland, Scotland - the world’s first for the industry. The array has since powered businesses, residencies and the Shetland power grid.

Since the installation took place, the company has made other significant developments in the industry. A partnership with Tesla allowed Nova to deliver another world’s first─a technology that complements wind and solar energy sources to disrupt the demand for fossil fuel generation. In 2020, the company won a wind power contract, which involves the installation of 15 turbines in Canada - acting as Nova’s first North American project.