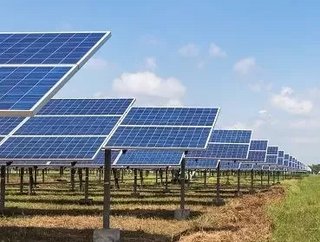 Stick-on solar panels? While they may sound like they belong in a sci-fi movie, Maxeon Solar Technologies has produced what are, essentially, solar panel stickers that can be installed directly onto a roof without the hassle of anchors, racking or ballast. And following recent investment from the EU, Maxeon Air solar panels are set to be commercially released this year.

The solar manufacturer was one of 32 lucky recipients who will receive a share of the  €118.6 million grant provided by the EU’s Innovation Fund to support the development of low-carbon technology. The exact amount Maxeon will receive has not yet been disclosed, with the grant specifics due to be settled later this year.

However, it's thought that the money will contribute towards the overall cost of using a pre-existing manufacturing plant in Porcelette, France, that will house the production of Maxeon’s “sticky” solar panels.

Plans for the panels

“This thin. This powerful. This summer.”

Maxeon plans for its panels to begin to be used in a number of projects in Europe towards the end of the year. The panels themselves are designed to be 50% lighter than standard systems carrying a weight of around 6kg p/sm. With no metal frame, the panels are around 4mm thick and ensure an efficiency rating of around 21%.

Their intended use lies in supplying renewable energy to buildings that are unable to use regular solar panels in an attempt to broaden the proportion of buildings using sustainable energy across Europe.

Over the next decade, Maxeon has set the ambitious target of installing 1.4 GWp Air modules after previously estimating an unmet requirement for the product of over 4 GW in Europe alone. Although, judging by the investment provided by the EU, it’s easy to presume the plan is for Maxeon’s stick-on solar solution to be manufactured within and available throughout the European market and potentially beyond.

Other projects benefiting from the EU Innovation Fund

The EU’s Innovation Fund has a budget of around €20 billion, and it’s not hanging around in making sure projects go ahead with the necessary funding they need.