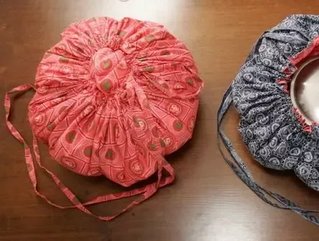 In recent years a number of African inventions and innovations have emerged to benefit millions of poor people on the continent – particularly in the farming sector.

More than 90 million people living in rural areas in Africa depend on agriculture for their livelihood, but outdated methods of farming means productivity remains stationery.

New innovations specially focusing on farming have been introduced in the past few years and already small scale farmers across the continent are seeing a change in their lives.

The Wonderbag is a heat retention/insulation cooker that needs no kitchen. It cooks meals while saving energy, the perfect accessory for any women on the continent, especially those living in rural areas and have limited access to electricity.

Although the Wonderbag heat-retention is universally applicable, its creator, Natural Balance SA, was one of South Africa's first social enterprises. It purposely focused on introducing the Wonderbag to countries and communities with high poverty rates when it launched in 2008.

For the poor of the continent to even consider owning a Wonderbag, they have to have food to cook in the first place. In areas like Kenya and Uganda, where floods and droughts are an often occurrence, farmers often voice out the need for some sort of protection.

Kenya was one of the first countries to introduce Weather Index Agriculture Insurance, which protects farmers from crop failure or animal deaths arising from bad weather.

The plan means that even in situations of crop failure, farmers with insurance will be compensated, cushioning them from adverse food shortages.

The first of the agricultural insurance products was rolled out in 2009 and saw the birth of similar products. The weather-index agriculture insurance is expected to motivate banks to increase their lending preference to the agriculture sector.

But what happens after the farmers have been protected and have enough stock for their families but also to sell in the market? How do they resolve market woes which are likely to come up every so often in Africa’s informal markets?

This is where Dr Raymond Rugemalira comes in. He is the man that pioneered “Uza Mazao” or “Sale Produce” in Swahili.

Uza Mazao enables farmers and farm produce buyers to meet in a virtual market through SMS text messaging. It has been developed from a real-time crop monitor that existed together with a real-time pandemic monitor and is aimed at creating a meeting point for buyers and sellers.

The software requires users to subscribe so they can send requests to sell or purchase to the operator.

Subscription to the service is free and can be accessed from a personal computer or a mobile phone, with users charged less than a dollar to make a request once the service is fully operational.

More than 3,000 Kenyan farmers are already registered to the service.

Small businesses on the continent are revolutionising the way they operate - and are always looking at technology to provide ways of reaching a larger market.

The introduction of mobile money came just in time, as borders are slowly disappearing, and more young professionals work outside their home country to make more money. In doing so, they need a service that will help them send money back home quick and easy.

Mobile Money is usually marketed as a way for workers in urban settings to send money home and support their family. But it is a product that also provides a faster, safer, traceable, long distance way to transfer funds.

Small businesses and entrepreneurs are not being left on the sidelines. They use mobile money as a key part of their company operations, with many reporting time and cost savings due to the use of mobile payments and considerable efficiency improvements in logistical and customer service stemming from this new medium.

Mobile Money was first introduced in Kenya by telecommunications giant Safaricom, but has spread its wings across the continent with other retail giants such as Vodacom applying it in South Africa and elsewhere on the continent.