African mining companies must prepare for the outcomes of COP21 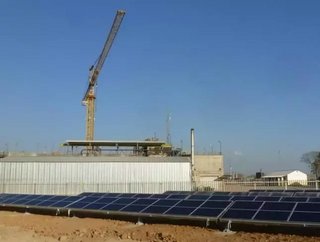 While the mining industry is often criticised for its environmental impact, energy consultant Dr Thomas Hillig has observed that many of the large mining companies are taking heed of the sea-change brought about by climate talks such as the COP21 conference in Paris.

Large mining companies are working on a strategy for renewable-energy projects such as wind and solar power at their mines. Companies like Rio Tinto, Glencore, BHP Billiton and Goldfields have already finished their first pilot power plants or have recently announced new projects.

Since energy typically amounts to approximately 20 to 30 percent of the operating costs of a mine, carbon-reduction decisions at the conference could have a strong influence on the cost position of mines.

Mining companies should therefore adapt early to the challenges of a low-carbon economy to gain significant competitive advantages and avoid any negative financial pitfalls. In many cases, renewable energy is less expensive than electricity from conventional energy sources—even today, without any new carbon actions—especially for remote mines that are not connected to the grid and are powered by expensive diesel fuel.

Hillig said: “Mining companies are in the process of understanding that renewable energy can largely improve their competitive situation. Many miners struggle, however, to make the necessary decisions quickly as they face severe market challenges from falling commodity prices at the same time.

“We are in a normal learning process, many mining companies have already understood that the prices of solar and wind power have decreased considerably in the last years. If significant carbon reduction measures are adopted at the Paris climate conference, we will see many solar and wind plants at mines in the very near future.”

High carbon charges could even speed up the diffusion of battery-storage technology in order to increase the solar and wind share at the mines.