Africa’s technology revolution must not leave its poor behind 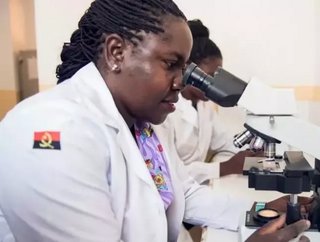 Bill Gates famously once said, “Never before in history has innovation offered promise of so much, to so many in so short a time.” Less quoted perhaps is what he said during his 2014 speech at Stanford University’s 123rd Commencement in June 2014. He spoke about having seen poverty during a trip to Soweto, poverty he had never imagined, people living in tin shacks with no electricity, no water, no toilets. He spoke of the enormous challenge presented by multi-drug-resistant tuberculosis, a disease with a cure rate of under 50 per cent and commented ironically that his own Foundation was, “…not focused on the fact that half a million people on this continent are dying every year from malaria. But we’re sure as hell going to bring you computers.”

The point is that economists and investors so often think about technology from a socio-economic perspective, citing e-commerce, mobile phone apps and widening access to online credit as enablers of social mobility. In modern Africa though, technology has an additional and equally important role.

While sub-Saharan Africa’s middle class expands, government, NGO’s and the private sector need to remind themselves that there remains a segment of society that is at risk of being left behind. Without providing relief and opportunity for all Africans, we run the risk of repeating the mistakes of the west by creating a gulf between the richest and poorest.

Africa is the last great frontier, with the world’s youngest population and historic levels of investment in infrastructure. Governments and international bodies have ploughed hundreds of billions of dollars in to the development of new roads, airports, economic free zones and other forms of business-critical infrastructure. But all of this is at risk if the needs of the impoverished are not taken care of. This is why we must all be reminded of how terribly important it is to support African innovators and entrepreneurs who are developing technological solutions that can help us to alleviate poverty and solve the persistent health challenges that are still rife in different parts of the region.

One of the most common challenges in the healthcare sector in Africa is geography – reaching remote communities and providing fast and reliable healthcare services to individuals unable to reach a hospital or clinic.  There are numerous examples of technological innovations that are addressing these issues. In Cameroon, a young entrepreneur invented the CardioPad; a computer tablet that enables heart examinations such as ECG’s to be conducted in remote, rural locations that have never previously had access to crucial diagnostic tests. Its electrodes communicate via Bluetooth to a tablet, which then sends a signal to cardiology departments in the nearest city, using satellite technology. The technology is currently only available in Cameroon but with funding and support from a private medical centre it is now set to be marketed in other countries.

Another of the many diagnostic solutions include MedAfrica, which is a simple virtual library of medical information that is available on a smartphone, listing symptoms and possible diagnoses. Likewise, Medisoft East Africa has developed a technology that enables x-rays and other images to uploaded and sent to radiologists across vast distances. This product, called, Teleradiology, gives medical imaging centres and hospitals all over the continent the freedom to outsource interpretation services to offsite radiologists around the clock.

Innovations such as these can only be developed and taken to market if they are supported by multiple stakeholders. Government has an obvious motivation, as do bodies such as UNICEF and the WHO. However, private investors and foreign companies must also play a part in upscaling these innovations.

In Angola, we have established a unique VC model that provides foreign investors with a conduit to local innovators. At FACRA, we are actively encouraging Angolan technology entrepreneurs to reach out to us so that we can help them gain access to capital in a market that continues to underserve those without a credit history. We believe that healthcare and social challenges such as lack of access to off-the-grid electricity and clean water represents foreign investors with enormous opportunities. Healthcare, sanitation and energy provide a lifeline for the poorest in our communities; they provide opportunities for African innovators to become successful entrepreneurs and for multinationals to contribute towards improving the quality of life for all Africans along with generating substantial returns on their investments. FACRA provides local innovators with a platform to showcase their innovations. It gives foreign investors an opportunity to explore promising business ideas; as well as a fast-track to entering the domestic and regional market place.

Each of us has a vested interest in supporting our young innovators and entrepreneurs, and it is time to invest in the technologies that will help build a brighter future for them and for Africa.