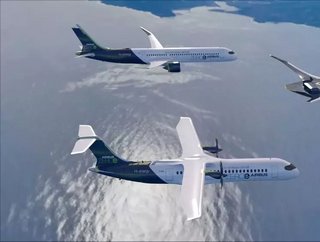 Aerospace multinational Airbus have unveiled three new zero-emission concept aircraft, powered by hydrogen. The trio - all codenamed 'ZEROe' will be the world's first zero-emission commercial airliners and are set to take to the skies in 2035.

Each concept employs a different approach to zero-emission flight utilising various technology and aerodynamic configurations, although they all use hydrogen as their primary source of power. Airbus believes hydrogen holds exceptional potential as the clean aviation fuel which will provide a solution for aerospace amongst other industries to meet climate-neutral targets.

“This is a historic moment for the commercial aviation sector as a whole and we intend to play a leading role in the most important transition this industry has ever seen. The concepts we unveil today offer the world a glimpse of our ambition to drive a bold vision for the future of zero-emission flight,” said Guillaume Faury, CEO of Airbus. “I strongly believe that the use of hydrogen - both in synthetic fuels and as a primary power source for commercial aircraft - has the potential to significantly reduce aviation's climate impact.”

The transition to hydrogen will be a large undertaking and require investment and support from not only the entire aviation industry but governments too. Increased funding for research & technology, digitalisation, and mechanisms that encourage the use of sustainable fuels will be key, alongside the renewal of airport infrastructure for refueling and the transport of hydrogen.

Currently, emissions from the aviation industry account for roughly three per cent of the European Union's total greenhouse gas emissions and more than two per cent of global emissions, according to the EU Commission . Investment into hydrogen is now deemed to be critical in order for the region to achieve its target of being entirely carbon-neutral by 2050. In order to fulfil this commitment, a new European Clean Hydrogen Alliance has been formed and plans to invest up to 430bn Euro by 2030 to upscale the hydrogen value chain across the continent.

Airbus engineers are set to commence work on hydrogen demonstrator programmes over the coming months to test hydrogen fuel cell and hydrogen combustion technologies the aim being to have a full-scale prototype aircraft ready by the late 2020s.

For more information on business topics in Europe, The Middle East and Africa, please take a look at the latest edition of Business Chief EMEA