Airbus, Siemens and Rolls-Royce team up to build electric plane 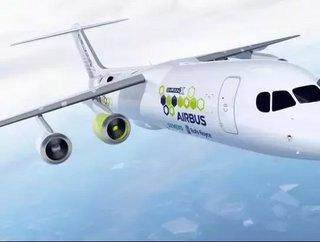 Three of Europe's biggest companies are collaborating to develop a hybrid electric aircraft.

Airbus, Siemens and Rolls-Royce want a demonstrator version their E-Fan-X model to fly by 2020 as they look to respond from European Union pressure to reduce aviation pollution.

With a commercial application filed for 2025, the trio of manufacturers are ploughing millions into the project, revealed this week.

"We decided we needed to be more ambitious because the world and technology is moving so fast," said Mark Cousins, the head of flight demonstrators at Airbus. "The objective is to reduce environmental impact and significantly reduce fuel burn."

Rolls-Royce will provide the electricity generator which will be powered by a turbine on jet fuel, subsequently powering the electric engine.

Paul Stein, its Chief Technology Officer, added: "Aviation has been the last frontier in the electrification of transport, and slow to catch up. This will be a new era of aviation."

Boeing's Zunum Aero has plans for a 12-seater hybrid electric plane that could reduce costs for private jets, with the aircraft set to be ready within the next five years.