Along with Western Union, who else is innovating Africa's money transfer market? 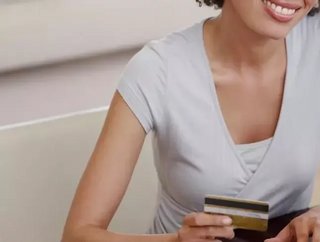 Yesterday, global payments service Western Union announced a collaboration agreement with Airtel Rwanda, an African telecommunications firm. The partnership will facilitate international money transfers for Rwandans and others wanting to send money to the East African country from across the globe.

Airtel Money subscribers in Rwanda can now receive international money transfers through Western Union to their mobile wallet at no additional fee.

Molly Shea, Senior Vice President in charge of Digital for Middle East, Asia, Africa and Eastern Europe Region said: “Western Union continues to grow its reach across Africa, while delivering an exceptional experience across retail and mobile platforms, allowing consumers to conveniently and reliably move money. Western Union is delighted to work with Airtel Rwanda, as both companies are focused on making the lives of consumers better.”

Western Union’s new partnership demonstrates that transferring money with ease is of huge importance to the African diaspora. Along with Western Union and Airtel Rwanda, other company are working to make sending money less of a chore. Who’s innovating Africa’s money transfer industry? We take a look:

WorldRemit lets people send money to Africa via computer, smartphone or tablet.  The company sells itself as a “convenient, low-cost alternative” to traditional money transfer firms. Backed by Accel Partners (early funder of Facebook, Spotify and Dropbox) and Technology Crossover Ventures, WorldRemit has grown rapidly over the past few years. ABR has been following WorldRemit’s recent African ventures. In January, the organisation expanded into Rwanda, Uganda and Zambia using MTN Mobile Money. We also wrote about how the Kenyan diaspora sends one million money transfers with WorldRemit.

Dahabshiil is the largest Africa-based money transfer company in the world. To send monay, users register with an agentand the total amount will be available for collection on the other side within 15 minutes of sending. Dahabshill is renowned for its quality service, for example it was honoured with the Excellence for Enterprise award at the 2013 Muslim News Awards ceremony at Grosvenor House in London. Furthermore, Dahabshiiil is commited to contributing to African communities. It dedicated 10 percent of its profits to ‘humanitarian and community regeneration projects’, like this youth entrepreneurship programme.

Moneygram Africa prides itself on being fast and convenient. According to the firm, money can be collected within just 10 minutes of it being sent (subject to an agent’s hours of operation and local laws and regulations). Although Moneygram has teamed up with First National Bank and Standard Bank, no bank details are needed to complete a transfer. In 2015, MoneyGram announced an agreement with Safaricom that enabled customers in over 90 countries to deliver funds to almost 20 million customers of M-PESA, Kenya's leading mobile wallet provider.