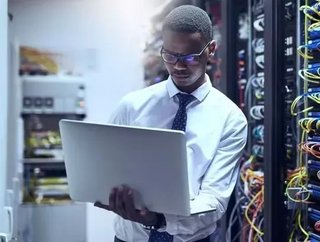 The organisers of Africa Tech Now, International Boost, and APO Group have announced the signing of a strategic partnership.

The collaboration aims to give large-scale visibility to up and coming African tech companies and delegations participating in Consumers Electronic Show.

Between 9-12 January, more than 170,000 technology aficionados and private and public-sector stakeholders – including startups, key tech influencers, industry leaders, and government officials – will join in Las Vegas to discuss and discover the latest innovations.

This will lead to networking between investors, strategic partners, and potential buyers.

“There are more than 300 innovation and tech hotspots in Africa and a huge reservoir of tech-savvy talents but the lack of market awareness limits their ability to take off,” stated Christian Pineau, CEO of International Boost.

“When we thought up Africa Tech Now, we wanted to create a unique environment conducive to the promotion of local champions and exchanges to facilitate business development.”

Africa Tech Now has made it their priority to hold African technology companies in the limelight during the four-day event. It will focus on the continent’s accelerator programmes and startup communities, and allow companies to present their Africa-oriented products.

“Although 77 African start-ups raised an impressive $366.8m in investment last year*, there is still a plethora of future ‘Steve Jobs’ and ‘Mark Zuckerberg’ looking for financial support to see their dream come true. It gives us pride to be part of the Africa Tech Now initiative; to actively contribute to propelling young driven entrepreneurs to stardom,” said Nicolas Pompigne-Mognard, Founder and CEO of APO Group.

With International Boost, we share the same vision of bringing to the fore Africa’s Innovation Revolution. As the media relations expert in Africa, it is our duty to convey the information and allow African delegations to increase their presence on the international stage.”