Ask a lawyer: How do I avoid disputes when investing in African construction? 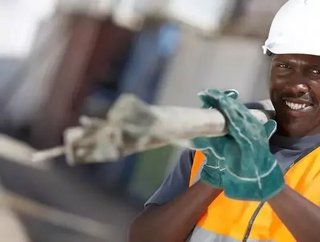 The first fully electrified 750km cross-border railway line has now opened linking up Ethiopia’s Addis Ababa to the Red Sea port of Djibouti. The railway will initially only run freight services, with passenger services beginning shortly. The railway is an example of a successful third party finance structure, with a large part of the funding coming from China’s Exim Bank. The railways were built by China Railway Group and China Civil Engineering Construction. Despite its success, this method of delivering major infrastructure projects through external finance is not unusual in Africa. Recent figures have shown that the combined value of railway and construction projects on the continent stand at US$783.4 billion ­– Nigeria alone has pipeline project with a value of US$151.6 billion.

Many of these projects regularly seek out external finance, and partnering contracts are frequently the vehicle of choice for delivering infrastructure projects. These types of contracts bring significant challenges to contractors, with the addition of a third party funder bringing an additional layer of complexity.

One of the main benefits of using the partnering approach is utilising specialist expertise. The body commissioning large infrastructure projects, frequently a government or public body, have less freedom when it comes to choosing the contractor. Where funding options are limited, the traditional open-tender procurement route is replaced by something that could be considered more akin to a 'preferred-bidder' approach. This is not necessarily a negative as working closely and building up a relationship of trust is key to partnering contracts. Problems usually arise regarding the respective parties’ expectations, as a funder expects a return on its investment, which is frequently obtained by a complicated fee structure – it is important that contractors and employers are aware of the problems that this creates.

Contractors involved in delivering these types of landmark projects face a number of risks, and need to take care to price the risks of varying ground conditions which could have a vast expanse of differing terrains. The need to orice such risks is well known as is the need to ensure appropriate insurance is in place to cover any potential disruption to construction works in areas where it wouldn’t be helpful.

Further risks arise when funding is acquired on the basis of performance; many partnering contracts have failed because of insufficient attention being paid to the usually complex formula by which such payments are calculated. Many parties fail to stress-test their partnerships – this can lead to public and political anger due to a perceived ‘lack of value for money’. Contractors also need to be careful as they, or their funders in a joint venture agreement, may find that the compensation structure is inadequate to meet their actual costs.

Whilst the latter is less frequent, the consequences to the funders are more severe. In Africa, like in many other places, the consequences of the contractor withdrawing or being forced into insolvency are significant and wide-ranging particularly where maintenance of schools, the collection and safe disposal of waste or the operations of essential infrastructure rely on the contractor. Africa has in many ways learnt from failures elsewhere in the world: Kenya, for example, has a robust government body reviewing these arrangements to ensure they provide value for money.

Contractors can look into the future with excitement as many significant infrastructure projects lay on the horizon across Africa. Even where such projects are funded from outside of the region, any external main contractor dictated by such funding will still require the knowledge and experience of those who are long established within the region. If established contractors are considering becoming part of the complex contractual relationship in forms of a partnering contract, care should be taken to establish and stress-test the extent of liabilities which may be sought to be passed down the line for any failings in the subsequent operation of the project. It is not possible to liquidate these, which would provide certainty of exposure in the manner that losses for late completion frequently are.

Given the multi-national nature of these contracts many question what law will govern the projects. Serious consideration must therefore be given to looking at limitation clauses, exclusion of liability clauses, and in particular to the dispute resolution clause.

Africa needs its many infrastructure projects to succeed. History has shown us that when contractors rush into prestigious projects without calculating the extra risks that occur when getting involved in unfamiliar areas, the projects usually end in failure. That being said, if contractors take the necessary steps then there are many opportunities for successful ventures to be had. Decisions on law, forum and enforceability are essential concerns of any contract with an international element, the particular nature of partnering contracts carries with it specific potential pitfalls. However, properly used, they are a valuable mechanism by which much needed infrastructure works can be undertaken.

Simon Lofthouse is QC at Atkin Chambers, a set of commercial barristers' chambers in London, UK.